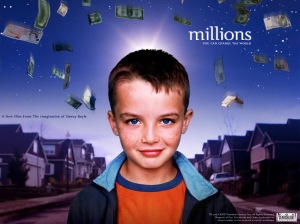 Astoundingly, Danny Boyle, director of such dark, diabolical films. Followed up his twisted efforts in Trainspotting and 28 Days Later with the heartwarming and innocent, Millions. Running rampant through the imaginative minds of two brothers who’ve obtained the ability to achieve all of their wildest fantasies. Millions is a journey through the magical purity and uncontaminated processes of virtuous youth. In typical Boyle fashion, their is no shortage of stylish camerawork, ethical behaviour, unprecedented wonderment, and disproportionate beauty. However, perhaps the most rewarding part of Millions is witnessing Boyle out of his natural element. Now, as he trots in uncharted territory, Boyle is able to flaunt never before seen facets of his craft that are unable to fuse with his more morose outings. Featuring James Nesbitt, Alex Etel, and Lewis McGibbon. Millions is an unmatched chapter into a genre that is lacking the awe and originality needed to inspire future generations.

Damian (Etel), his brother Anthony (McGibbon), and their father Ronnie (Nesbitt) move to a new house. Since the recent passing of their mother, the brothers have vastly changed their personalities. Anthony is fixated with money, how much things cost, and the impending currency change from British pounds to the Euro. Damian is not bothered with these trivial things and finds himself obsessed with completing good deeds and acquiring sainthood. Damian rounds up all the empty boxes left after moving and builds a fort near the train tracks in his backyard. One day, a train comes zooming by and a bag filled with money smashes into his fort. As Damian and Anthony struggle over what to do with the money, there is another who covets the bag and is willing to do anything to retrieve it. 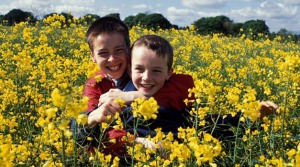 Bringing to life what most on this planet have wished for at least once at some point in their existence is no easy undertaking. But for someone as accomplished and respected as Boyle, there is no second guessing Millions. Their is no denying that greed and sadness are prominent throughout the film. Focusing on such fragile themes with young, prepubescent protagonists carrying a majority of their weight is risky. Baring them with these burdens needs balancing and Boyle, with the assistance of Frank Cottrell Boyce in composing the script, infuse it with laughs, love, and generosity to refine any irregularities.

Like a bug inside your brain, Millions is never to far from your thoughts.The viewer is slowly immersed in the fictitious situation at hand and left answering countless questions regarding their own morality. Millions allows the viewer to decipher the circumstances and enhance their conscious. Which ultimately lets the audience unleash their most exposed, vulnerable selves and make uninfluenced decisions.

Boyle continues his descent into ousting greed from our minds by bringing a unique offering to the forefront that includes the downfall of the pound and a daring train robbery. Trainspotting was heavily based upon the ugly side of greed and managed to show the dark depths one is willing to go to satisfy their needs.Make no mistake, Boyle’s persistence doesn’t weigh down his skill set. His atmospheric prowess, striking visuals, and ability to find the heart in the abstract is pleasingly present at every moment in Millions. Performance wise, one wouldn’t expect two leads of such a young age to convey portrayals as strong as they did. Etel and McGibbon could pass as brothers in any situation. Nesbitt is relentless in his bereaved role, as any parent would be. Desperately trying to find solace in his children and subtle relationships, Nesbitt is terrified and masks it well. 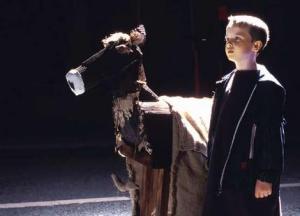 Decidedly endearing and surprisingly philosophical, Millions is a Boyle film that should appease all cinephiles of any age.