With a little over a month until the Toronto International Film Festival officially kicks off its 38th edition. The first batch of attending films were ceremoniously announced around 10am this morning in what is shaping up to be one of the most prolific, star-studded years in festival history!

75 films were announced Tuesday in what should become roughly 290 total, at least equalling last years output. Expect the entire Midnight Madness lineup to be released July 30, with the remaining films formally presented throughout the coming weeks. Check out the Galas here and the Special Presentations here.

The most notable from the first batch are as follows:

August: Osage County John Wells, USA, World Premiere:
August: Osage County tells the dark, hilarious and deeply touching story of the strong-willed women of the Weston family, whose lives have diverged until a family crisis brings them back to the Midwest house they grew up in, and to the dysfunctional woman who raised them. Based on Tracy Letts’ Pulitzer Prize– and Tony Award–winning 2007 play of the same name. Starring Meryl Streep, Julia Roberts, Ewan McGregor, Benedict Cumberbatch, Abigail Breslin, Sam Shepard and Chris Cooper.

The Fifth Estate Bill Condon, USA, World Premiere:
Triggering an age of high-stakes secrecy, explosive news leaks and the trafficking of classified information, WikiLeaks forever changed the game. This dramatic thriller based on real events reveals the quest to expose the deceptions and corruptions of power that turned an Internet upstart into the 21st century’s most fiercely debated organization. The story begins as WikiLeaks founder Julian Assange (Benedict Cumberbatch) and his colleague Daniel Domscheit-Berg (Daniel Brühl) team up to become underground watchdogs of the privileged and powerful. On a shoestring, they create a platform that allows whistleblowers to anonymously leak covert data, shining a light on the dark recesses of government secrets and corporate crimes. Soon, they are breaking more hard news than the world’s most legendary media organizations combined. But when Assange and Berg gain access to the biggest trove of confidential intelligence documents in U.S. history, they battle each other and a defining question of modern time: what are the costs of keeping secrets in a free society — and what are the costs of exposing them? The film also stars David Thewlis, Stanley Tucci, Laura Linney, Anthony Mackie and Dan Stevens.

Kill Your Darlings John Krokidas, USA, International Premiere:
Kill Your Darlings is the true story of friendship and murder that led to the birth of an entire generation. This is the previously untold story of murder that brought together a young Allen Ginsberg (Daniel Radcliffe), Jack Kerouac (Jack Huston), and William Burroughs (Ben Foster) at Columbia University in 1944, providing the spark that would lead to their Beat Revolution. Also stars Dane DeHaan, Michael C. Hall, David Cross, Jennifer Jason Leigh, Elizabeth Olsen, Kyra Sedgwick and John Cullum. 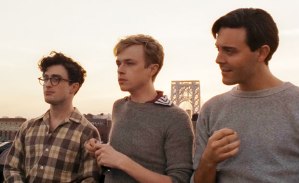 Blue Is The Warmest Color Abdellatif Kechiche, France, North American Premiere:
At 15, Adèle doesn’t question it: girls go out with boys. Her life is changed forever when she meets Emma, a young woman with blue hair, who will allow her to discover desire, to assert herself as a woman and as an adult. In front of others, Adèle grows, seeks herself, loses herself, and finds herself. Starring Léa Seydoux and Adèle Exarchopoulos. 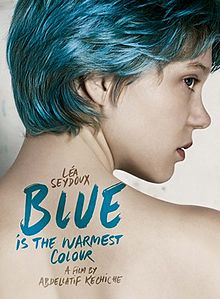 The Disappearance of Eleanor Rigby: Him and Her Ned Benson, USA
The Disappearance of Eleanor Rigby: Him and Her is a two-part love story seen through the eyes of a New York couple trying to understand each other as they cope with personal hardship. The different perspectives of “Him” and “Her” result in two films with a unique look into one couple’s attempt to reclaim the life and love they once had. Starring Jessica Chastain, James McAvoy, Nina Arianda, Viola Davis, Bill Hader, Ciarán Hinds, Isabelle Huppert, William Hurt, and Jess Weixler.

Don Jon Joseph Gordon-Levitt, USA, Canadian Premiere:
Jon Martello (Joseph Gordon-Levitt) is a strong, handsome, good old fashioned guy. His buddies call him Don Jon due to his ability to “pull” a different woman every weekend, but even the finest fling doesn’t compare to the bliss he finds alone in front of the computer watching pornography. Barbara Sugarman (Scarlett Johansson) is a bright, beautiful, good old fashioned girl. Raised on romantic Hollywood movies, she’s determined to find her Prince Charming and ride off into the sunset. Wrestling with good old fashioned expectations of the opposite sex, Jon and Barbara struggle against a media culture full of false fantasies to try and find true intimacy in this unexpected comedy.

Gravity Alfonso Cuarón, USA/United Kingdom, North American Premiere:
Gravity is a heart-pounding thriller that pulls its audience into the infinite and unforgiving realm of deep space. Sandra Bullock plays Dr. Ryan Stone, a brilliant medical engineer accompanied on her first shuttle mission by veteran astronaut Matt Kowalsky (George Clooney). On a seemingly routine spacewalk, disaster strikes. The shuttle is destroyed, leaving Stone and Kowalsky completely alone — tethered to nothing but each other and spiraling out into the blackness. The deafening silence tells them they have lost any link to Earth… and any chance for rescue. As fear turns to panic, every gulp of air eats away at what little oxygen is left. But their only way home may be to go further out into the terrifying expanse of space.

To say that I am excited for TIFF 2013 would be a massive understatement! Can’t wait to see what other films will be joining this first wave.