Okay all, this week I am very privileged to have Louis from The Cinematic Frontier contributing his top 10 to The Guest List! If you haven’t already followed/subscribed to his website, do so now! Just click the link on the site name to be redirected.

If you’re interested in submitting your very own top 10 to The Guest List, here’s how! C’mon help me out, I’d love to have every single one of you contribute!

All you need to do is shoot me an e mail (thecinemamonster@gmail.com) with your name, website info (if you have one), and the topic you have chosen for your top 10. If I like what I see, I’ll give you the all clear and you can begin composing your entry. Make sure to include a descriptive, yet brief introduction and a picture or clip for every entry in your top 10. Use my own top 10s and other Guest List entries as references. Then, send it back to me and we will discuss a date of publish.

I’m going to turn things over to Louis now, enjoy! 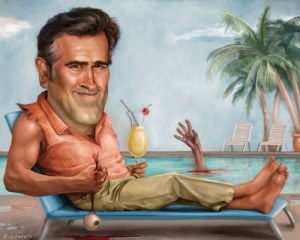 A special thanks to Joseph for allowing me to contribute my top ten list. I present my top ten Bruce Campbell movie roles for movies that actually played in movie theaters (TV movies and direct-to-video films don’t count here; sorry Sam Axe and Alien Apocalypse fans). Go ahead and take a look at this list that celebrates the king of B-movie actors, the immortal Bruce Campbell:

Campbell was actually director Sam Raimi’s original choice to play the title character, but Universal vetoed this choice. Raimi was still able to get Campbell in the film with this memorable cameo. 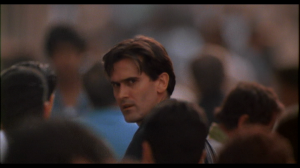 A pivotal cameo in Raimi’s Oz film, Campbell gets to shine briefly and get tortured by possibly Raimi himself off-camera. 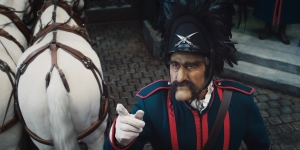 Campbell originally auditioned for the role of Dr. Peter Elliott, but was given this smaller role instead.  Nevertheless, he shines in this extended cameo that is central to the plot of the film. 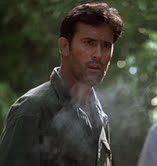 The first of three important and hilarious Spider-Man cameos.  In this one, he’s the guy who actually gives Spider-Man his name. 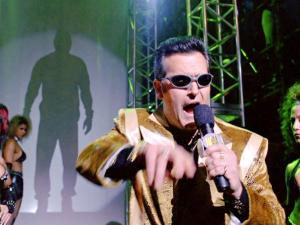 In this Spider-Man film, Campbell is the guy who doesn’t let Peter Parker into the theater to see Mary Jane’s play.  Campbell rules this scene with his subtle humor. 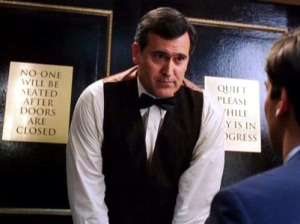 In this Spider-Man film, Campbell is the guy who tries to help Peter Parker set up his proposal to Mary Jane at a French restaurant. The situation becomes hilariously disastrous. 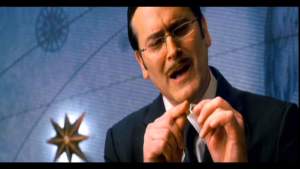 4: Mayor Shelbourne: Cloudy with a Chance of Meatballs

Campbell brings a villainous streak to this small mayor who becomes a gluttonous control freak.

The biggest role he’s had in a Coen brothers movie features Campbell as a 1950s reporter for the Manhattan Argus newspaper. 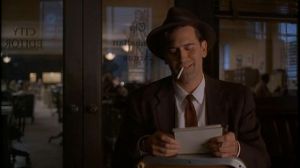 Bruce Campbell as Elvis Presley?  Fighting an Egyptian mummy as well?  And assisted by a black JFK?  Count me in. 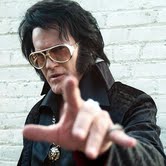 His most famous role, a selfish everyman who’s also a competent Deadite-killing machine with killer one-liners and an eventual chainsaw for a hand.  Hail to the king! 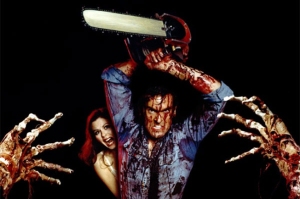 Alright, that’ll do it for this week’s edition of The Guest List. I want to send a big thank you to Louis and The Cinematic Frontier for contributing. Hope you enjoyed it as much as I did. Have a great weekend!

Posted on September 27, 2013, in The Guest List and tagged Campbell, Coen Brothers, Raimi, The Guest List. Bookmark the permalink. 8 Comments.