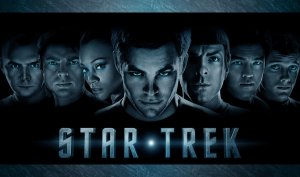 Being able to draw fresh blood to the franchise while still appeasing those who practically have Starfleet emblems burned into their skin like birthmarks would appear daunting to say the least. Well, it just so happens that J.J Abrams put quite the strangle hold on the long running saga, revived it, breathed new life into it. A re-imagining that astonished and reached vast across the universe as an intelligent, undeniable virus that infected Trekkies new and old alike. While the effects and intricate plot provide the majority of its wonder. The real achievement is the development and portrayal of its familiar characters that is truly awe inspiring. Star Trek’s three leads Chris Pine, Zachary Quinto, and Eric Bana, as well as the supporting cast are a revelation. With an all star cast and a story so elaborate, Abrams and company boldly go where no man has gone before. 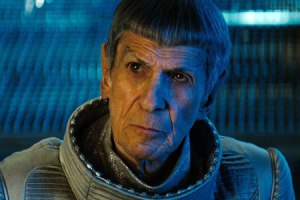 The first shots profile the early years of James Kirk (Pine) from birth to his enrolment in Starfleet. Kirk’s father George (Hemsworth) was killed in a final stand against a rogue time traveling ship looking for Spock Prime (Nimoy). Around this time, a young Vulcan named Spock (Quinto) is torn between his heritage that is split with humanity. Roughly twenty-five years later, Kirk is challenged by Christopher Pike (Greenwood) to best his father by joining Starfleet to become captain of his own ship. When the Enterprise is called into action some time later, its crew is thrust into a battle to save Earth from Nero (Bana). With the help of Scotty (Pegg), Uhura (Saldana), Sulu (Cho), Chekov (Yelchin), and Bones (Urban). Kirk and Spock must set aside their differences to rescue Captain Pike and prevent Earth from being destroyed. 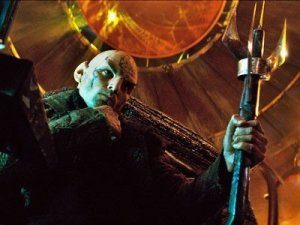 Woven in coexisting timelines and protruding from singularities. The Enterprise and cast find that nothing is improbable and everything is relevant. As complex as it is personal, Abrams Star Trek is a rebirthing. It possesses the nostalgia and intellect to remain embedded in enthusiasts hearts while its modern appearance and script is enough to bolster a fresh fan base. With the previous chapters in the film series, the brains were always present but there was a significant drop off when it came to the emotional depth. Abrams Star Trek sacrifices nothing, paying close attention to every detail. Eric Bana is diabolical as Nero. A villain powered by loss and revenge, Bana comes through emotionally and viciously. Chris Pine, Zachary Quinto, Anton Yelchin, Karl Urban, Simon Pegg, Zoe Saldana, John Cho, and Bruce Greenwood comprise the crew of the Enterprise, each more impressive than the last. Rounding out Star Trek’s all star cast is Leonard Nimoy, Winona Ryder, Chris Hemsworth, and Jennifer Morrison. 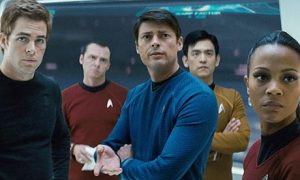 If you’re thinking this reboot is comprised of the old Star Trek series and films, you’re probably running through the list of stereotypes. It’s for sci-fi nerds, boring, and in the case of the original series, visually abominating. This is not the case with this new, heavenly spawn. The visual effects are rivalled by none. There is no idiotic costume designs, shaky acting, or irrelevant, embellished story lines.  Star Trek has the brains, the performances, and the cosmic mass. Overall, it is beyond stellar across the board.
Star Trek: 9 out of 10.